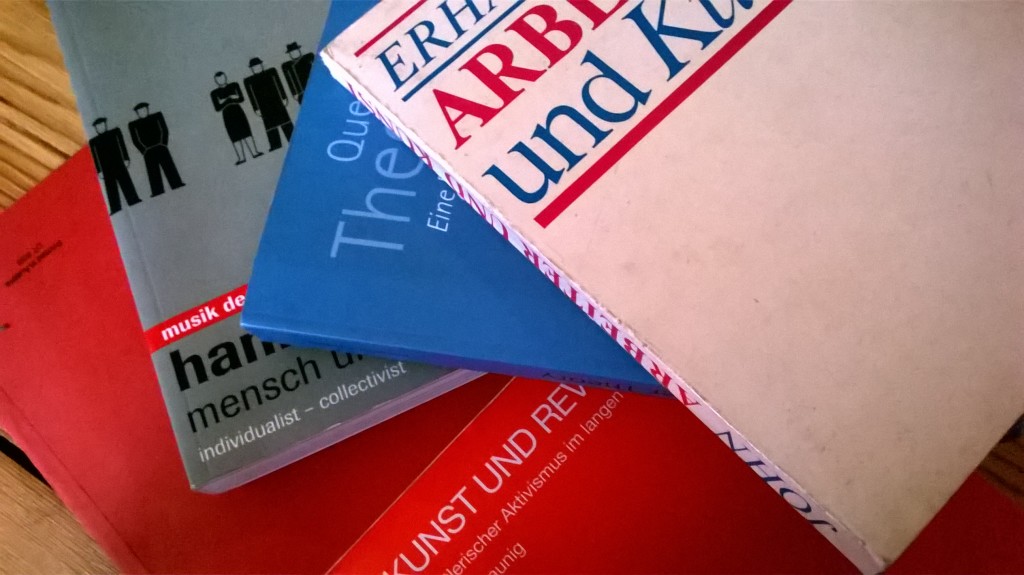 Discussion evenings are expected to take place again in 2022.

Planned focus:
1920s
Cultural and social awakening – inspiration for the present and the future or barren retro

Music is always embedded in the context of society. We will meet to discuss different topics in music about once a month. The discussion will flow into an active creation of music whenever appropriate. This will be a discussion about and with music.

Discussions in the past:

Thursday, 19th of March 2020:
Hits and Classism
Classism means discrimination on the basis of social origin and is mainly aimed at members of a “lower” social class. Such devaluations can also be read out when dealing with the music genre Schlager. Aesthetic criticism on the musical level often conceals reservations that exist on completely non-musical levels. How does taste in music contribute to the maintenance of social divisions? And why is listening to hits something that some people prefer to do secretly? We want to talk about that this evening.
Discussion in German spoken language, whisper translation in English possible.
cancelled

Thursday, 27th of February 2020:
Experimental music and politics
Free jazz in the 1970s was associated with the emergence of the political ideas of the time. The idea of ​​revolutionizing musical material was related to the idea of ​​changing society. Earlier and current forms of experimental music can also be seen in this context.Can questioning musical norms also question other social norms? Does acting only remain in the concert hall or can it have an effect beyond? Emancipatory practice or sophisticated art?
Discussion in German and English spoken language

Thursday 23rd of January 2020:
Political music?
When is music political? What can political music look like? Isn’t all music political? Who should and can be addressed by the music? And what does that mean for the music and the lyrics? What handling can be found for the typical things in the music business (self-marketing, gender stereotypes, “quality standards”)? Can and should the contrast between stage and audience be softened? How can more progressive, collective forms of making music be realized?

Thursday 19th of September 2019:
MUSIC and CLASS
Nowadays, class is being discussed more and more. Does it make sense touse this term? How does your background impact the ways in which you deal with music? How is society structured with the help of the music business? How is identity strengthened? And who profits from this?

Thursday 24th of October 2019:
MUSIC and GENDER
Rock stages full of men. Conductors’ podiums as well. The same holds true for switchboards  and in subculture. Women* may sing, and they are free to dance. Queers must be gaudy. – STOP! It is time for a change, isn’tit?

Thusrday 21st November 2019:
MUSIC and QUALITY
What is musical quality? And who decides this? And why? When is music enjoyed (when do I like music)? What is “good music” (in my opinion)? When do I feel “good” about music? And what defines the “good” life?

Discussion in german and english